Opportunities in Europe for Cross-Border E-Commerce

Many growing businesses are making expansion into other markets their next move. To this end, Europe is a major area of opportunity for all merchants interested in cross-border e-commerce, as a result of 293 million consumers shopping online in 2020 and the prospect of steady growth in e-commerce sales, which has been further aided by the pandemic. But where does one start? What are the advantages and the obstacles of an e-commerce expansion plan into European countries?

Accessing markets in the European Union means having consumers from 27 of the richest countries in the world (14 of the countries with the highest GDP per capita in the world among them) within reach: a potential 450 million consumers, a figure which rises to 750 million when non-EU European countries are taken into account. Equally, it is expected that, on a global scale, e-commerce transactions will reach $6.2 trillion by 2023, with Central and Eastern Europe being the areas with the greatest growth prospects, along with Latin America, the Middle East and Africa.

Moreover, these are consumers who increasingly make purchases online. In addition to the 10% average year-on-year growth in e-commerce sales enjoyed over the last few years (a turnover of 757 billion in 2020 in Europe), there has been a boom in online purchases thanks to the pandemic. So much so that, according to an analysis made by the big data company NielsenIQ, growth has been much faster (between 6.6% and 16.6%) in the six largest European markets: Germany 6.6%, France 7.6%, the United Kingdom 11.1%, Spain 11.2%, The Netherlands 12.2% and Italy 16.2%. But the most interesting factor when interpreting this data is that the European markets are not yet saturated. This means that this is an extremely favourable time for cross-border e-commerce companies aiming to expand in Europe, due to a combination of the acceleration of the sector and important growth margins.

Which markets to target


The choice of markets to target is neither neutral nor random. Rather, understanding which ones present the best opportunities for your business is an essential first step.

The markets on European soil that immediately attract merchants’ attention are those in the UK and Germany. Both countries have a high rate of digitisation in their populations and, as a result, as many as 95% of UK citizens and 92% of German citizens shop online, amounting to 49 and 61.2 million consumers, respectively. This means an average annual per capita expenditure of USD 1190 in the UK, and USD 1110 in Germany, a total of USD 61.4 billion and USD 73.6 billion in 2020. Besides the UK and Germany, the main markets are France, the Netherlands, Spain, Italy and Poland. The digital penetration rate in each of these countries, not surprisingly, is very high. The Netherlands is on a par with the United Kingdom with a rate of 95%; France and Spain stand at 89% and 90%, respectively; and Italy and Poland, with 82% and 83% of their citizens shopping online, respectively. Interestingly, Sweden surpasses the UK with 96% of the population turning to e-commerce for their purchases, but with a lower total expenditure due to a numerically smaller population in absolute terms (7.5 million e-shoppers for the 8.1 billion spent in 2020).

In any case, it is important not to overlook countries that seem to lag behind in terms of revenue, but actually show the greatest potential for growth. Thus, the top positions revenue-wise are held by the United Kingdom (with a turnover of EUR 236 billion), followed by France (EUR 112 billion), Germany (EUR 93.6 billion) and Spain (EUR 68.4 billion). The 2021 European Ecommerce Report published by Ecommerce Europe – the European Digital Commerce association co-founded by Netcomm and EuroCommerce – reports that the highest growth rates are in Greece (77%), Moldova (49%), Russia (41%), Switzerland, North Macedonia (37%) and Sweden (36%).

While there is still an element of reluctance among consumers to make cross-border purchases, resistance is in rapid decline. To the extent that European countries are being increasingly targeted by merchants from other parts of the world, particularly the United States. As a matter of fact, more than a quarter of e-commerce in Europe is cross-border, with a value of as much as EUR 146 billion in 2020 and a growth of 35% compared to the previous year.

However, should you decide to expand your e-commerce business to European countries, certain practical and regulatory constraints must first be taken into account.

Getting to the facts


Indisputedly, today Europe holds extremely promising opportunities for expansion. Thanks, in part, to the acceleration brought about by the COVID-19 pandemic, e-commerce in Europe, and cross-border e-commerce in particular, has officially entered a new phase. However, one should not launch into a new venture without making sure they have all the necessary information. The size of any given market, target demographics, digital penetration, the competition in play, as well as the ease of access and relevant regulations and legislation, are all aspects merchants need to familiarise themselves with when expanding into European territory. At a time of growth in cross-border e-commerce, such as the one we are currently experiencing (i.e. before it becomes more complex to position oneself in markets that, currently, are not yet saturated), it is therefore important to become active in the right networks, to ensure one has all the necessary tools to enhance a proposition well beyond one's national borders, thus balancing costs and opportunities in the best possible way. 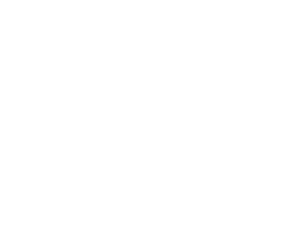 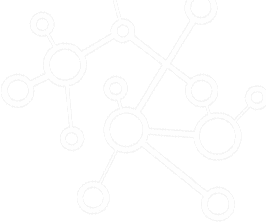