Home » The wine sector in Europe: how to sell across borders without complications

The wine sector in Europe: how to sell across borders without complications

European Union countries alone account for almost half (48%) of the world’s wine consumption, with an estimated volume of around 112 million hectolitres. Among the countries that most appreciate a good glass are Italy and France, which, together with Portugal, are also the countries that produce the most. The United Kingdom is also one of the world’s leading consumers of wine, with around 1.5 billion litres per year. In contrast to consumers across the Channel, local production here is rather limited, at around 2.5 million litres, making the UK a major importer. However, with Brexit coming into effect, as you might have guessed, selling wine online in the UK is becoming more complex, requiring compliance with more rules that can sometimes cause sellers difficulty. So, here are the basic things to know about selling wine online.

Thanks to the Schengen Agreement, the free movement of goods has been established in Europe. However, in the case of wine, and more generally of spirits, there is significant taxation that should not be underestimated. If you have an online wine shop and you want to export this product to Europe, you should know that certain taxes will be added to the final cost of each bottle, which will then be levied by the country in which the product is sold.

These taxes are levied by the country where the product is sold:

In addition to knowing the tax regime of the various markets you want to target, it is important to know that in order to sell in a foreign country, you need a VAT number from the country you are selling to. This means that if I am a German seller and I want to sell in France or Holland, I will not be able to do so with my German certificate – I will have to have a regular French VAT number, and another Dutch one.

These identifiers will have to be valid in the VIES – VAT Information Exchange System – a database created after the birth of the European single market to ensure a more transparent and correct taxation, trying to reduce the bureaucratic burden for companies.

Transport, storage and sales: the importance of the right partners to sell wine smoothly

Selling wine abroad can be a real obstacle course, with taxes, documents to be submitted and, in some cases, customs controls.

Added to this are the difficulties involved in transporting and storing such goods without the final product suffering damage, such as broken bottle glass and accidental exposure to sudden changes in temperature or excessive light, which could compromise the final taste.

More and more producers who want to expand their market beyond national borders, therefore, prefer to use local partners who are familiar with the regulatory framework of the country and have the necessary tools and expertise to ensure that the bottles can reach the end customer intact and on time. In addition, local intermediaries have warehouses to store large quantities of goods and a solid distribution chain, often based on relationships of trust built up over the years.

This is especially true in the case of sales to non-European countries, with tax and trade systems very different from those of the wine’s country of origin, but also for the United Kingdom.

With its exit from the European Union, the rules governing the movement of goods between states have changed, requiring further attention.

Selling wine online in the United Kingdom after Brexit

As mentioned, the UK is a big wine lover. Here, online sales account for 11% of total sales, with a steady growth rate in recent years. A market that, due to the dynamism of demand, is tempting for many wine producers and sellers, but which presents additional difficulties compared to other European countries. Initially, there was even talk of introducing mandatory VI-1 certificates – already required for non-EU sellers such as Australia, the USA and Chile – for European countries as well. A further bureaucratic step that would have led to an increase in prices and delivery times. The government subsequently announced that it would not change the current approach, probably in order to protect the market. This does not mean, however, that things will remain as they are. The main changes will be in the areas of tax and logistics.

Selling wine in the UK: the new taxes

The first thing that will change is the legislation governing taxes. From 2022, the VAT applied to the sale of wine may have a different rate from that of other European countries, as is already the case for excise duties. These changes are likely to have an effect on the final price, but sellers will do well not to overdo it. If you sell online in the UK, you should be aware of the Consumer Protection Act, which governs B2C sales and is available on the government’s website at www.legislation.gov.uk/uksi/1987/1680.

By law, the seller is not only responsible for the goods and the sales chain, but also for the price. If you overcharge on the margin of the sale, you are breaking a criminal law. Changes are also in store for customs controls and, in particular, for the EMCS computerised system used to monitor the movement of goods between Member States.

Another important innovation is related to the logistics chain and labelling. Sales by foreign producers have already decreased significantly. For example, wines from Italy have fallen by around 12% in 2021, while those from France by almost 8%. This is because after Brexit came into effect, many retail chains decided to relocate their purchasing logistics centre outside the UK – mainly between Belgium and the Netherlands – in order to obtain customs and VAT advantages. This has changed (and to put it bluntly, complicated) the ‘route’ that each bottle must take to reach consumers. In addition, anyone wishing to sell wine in the UK now needs an importer or bottler (FBO) physically based in Great Britain, i.e. Scotland, England or Wales. From 1 October 2022, it will be compulsory to declare their name and address on the label of every bottle. This means that, starting next year, a lot of wine sellers will have to completely reset their distribution chain. If your goods are stopped at the border, you can ask for information by e-mailing wine.exports@defra.gov.uk (they usually reply within 5 working days).

Selling cross-border online is very complex, because even if you sell in an EU country, you need to know that market and its rules. In the case of wine, it is even more complicated because the sale of alcohol has specific regulations, particularly regarding taxation. Add to this the fact that the UK is one of the main import markets, and it is practically essential to rely on experienced intermediaries – such as a Merchant of Record – who can help sellers manage all the complexities, from logistics to, above all, tax payments. 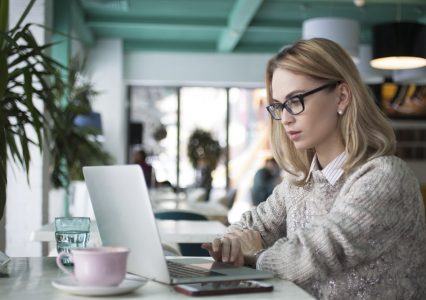 In recent months, many changes have been announced that will alter cross-border eCommerce in the European Union between 2021 and 2022. These changes are 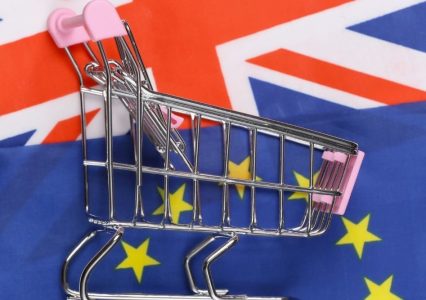 How to Open E-Commerce Sales in the U.K. and EU

The European Union includes 27 of the richest countries in the world, making it a prime target for global e-commerce. In fact, it’s one 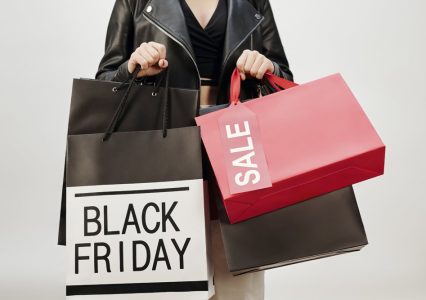 Black Friday and cross-border sales: 10 ways not to be unprepared